We've just received the first submission to our logo contest. In fact, Dmitry, who says he's not a designer or anything but thought it could be interesting to try what he can do, sent us two sets of logos. The first one, entitled mu, follows. The second one, muplus, will appear in the next post.

Dmitry felt that he needs to explain the ideas behind it:


The first, base version is essentially a greek letter "mu" because the word "meta" comes from the greek language, and also, because I thought that line "μCPAN" looks cool by itself. However, the contest conditions hint that the logo should fit on 16x16, so I've compressed the line down to a single "μ". OTOH, if you do like the idea, I'm also providing a version that contains an example of both short and full designs; both in black/white and color versions. 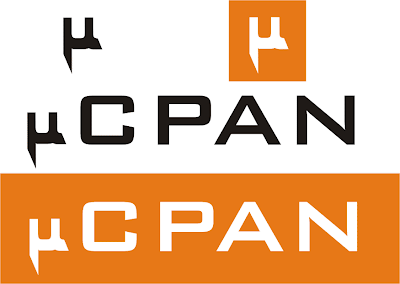 Posted by Florian Ragwitz at 11:54